Plast Commerce – 93 (Bulgaria) could save up to 40 % of energy, - assumed Norsk Energi in its Energy Audit report in 2016. The actual savings in 2020 met Norsk Energi’s forecast. This bilateral project has been recently presented as the good practice example within the international workshop “Opportunities for Green Industry Innovation”.

The workshop that was organized by Innovation Norway on 19 May 2020 was about Green Opportunities with the EEA and Norway Grants. The scheme finances projects in 15 EU countries to which Norway are obliged under the EEA Agreement. Norway has contributed billions of Euros in recent years, and the seminar focused on both experiences of completed projects and information about future opportunities for business and industry from East Europe and Norway.

Presentation of success stories is an important part of such information events. The organizer, Innovation Norway has chosen the project that was carried out by Plast Commerce-93  in partnership with Norsk Energi to be highlighted at this seminar.

Plast Commerce - 93 is a family owned company founded in 1992. Its manufacturing facilities are situated in a town of Berkovitsa, Northwestern Bulgaria, while its office is in Sofia. Core activity of the company is manufacturing of polyvinyl chloride (PVC) and various thermoplastic products based on PVC compounds. The company manufactures different kinds of technical PVC profiles for a wide range of use – from medical hoses to construction profiles. While being a SME, the company is among the largest PVC materials producers in Bulgaria. 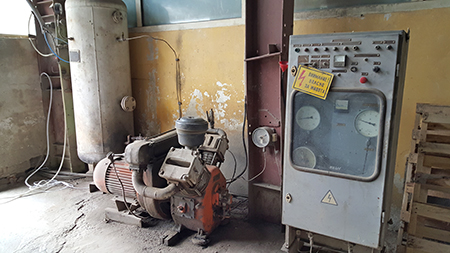 Impressive savings and production improvements
Yordan Bozhkov, head of production of the thermoplastic manufacturer proudly presented the bilateral project at the workshop. He has announced that the company reduced energy use by 35% as a result of its project called “Improvement of production processes at Plast-Commerce”.

The replacement of the old mixer that used a lot of energy and much of PVC material went to waste with the modern Heating-Cooling Mixer was the core of the project. Partial funding through the EEA and Norway Grants made it possible to realize the investment, which cut significantly the energy use.

This investment has also strong positive effect at production process, as the output has doubled, while the quality of the produced PVC granules became better. With the new mixing machine the generation of wastage is reduced, while all the waste material is now subject for recycling.

Through the Energy Audit, Plast Commerce - 93 identified and carried out several additional measures for the process optimization. Thus, the overall energy savings have significantly exceeded the initial expectations and reached 102 000 kWh/year in 2020.

Integrated Energy Audit
Norsk Energi has been requested for the first time to collaborate with a production company under a framework of the Green Industry Innovation Programme in Bulgaria.

In November 2015, Norsk Energi’s team consisting of Sergei Faschevsky and Tor Olav Eikrem has visited the production facilities of Plast Commerce – 93, which are situated at the picturesque slopes of Balkan Mountains in Northwestern Bulgaria, near a small town of Berkovitsa, about 20 km from the border with Serbia.

Plast Commerce – 93 had relatively energy intensive production process, which includes grinding, mixing and molding and pelletizing of PVC material. As some units of equipment did not fit each other, the company suffered for a lack of possibilities to control the quality of raw materials and quality of process operations. The result is often an excessing formation of waste and therefore redundant use of energy.

During the in-plant assessment and further brainstorms, the Norwegian experts helped their Bulgarian vis-à-vis to account major energy costs and flows at the company and locate as many as sixteen energy efficiency measures, offering possibility to cut as much as 40% of factory’s present energy consumption, at high rate of return to investments.

When we have discussed project, we made a list of machines and operations that need to be improved. And we found the processes where the saving are the greatest – continues Yordan Bozhkov. The machine that Norsk Energi advised to replace as the next step - was grinding machine, the unit with one of the highest energy use. So we have done and the new one uses around half of the energy compared to the old one. 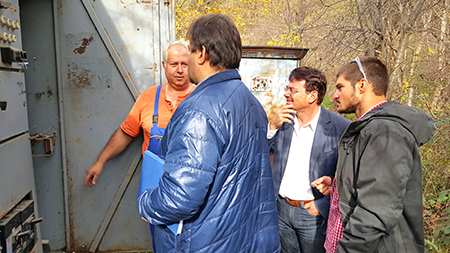 Energy management system put in place
The exercise performed by the Bulgarian and Norwegian partners had much focus on discussions, capacity building and ‘transfer of experience’.

On this basis, Plast Commerce - 93 was able to implement ISO-5001 at its production premises in Berkovitsa three years after the end of the project.

Good practice example for EEA grants scheme
Rannveig Solumsmoen Gimse, Senior Advisor of Innovation Norway was curious at the workshop what has the company gained from the EEA partnership?

According to Yordan Bozhkov, the partnership was instrumental to shape the whole vision of the project and  to choose where to start the “energy management campaign”. Other important feature is that Plast Commerce-93 strengthened its competitiveness and thus it managed to grow  even during the pandemic time, whereas most of the competitors are from outside of Bulgaria.

It was a great partnership – concluded Yordan.

On behalf of the organizers, Rannveig Solumsmoen Gimse indicated that Innovation Norway is pleased to hear that the EEA grants scheme is suitable even for small production companies. This successful partnership should encourage SMEs that do not have experience, to use this opportunity.

Norsk Energi is open for new partnerships under the “Green Industry Innovation” and Energy Programmes executed through the EEA and Norway Grants Financial Mechanism.

Some facts:
Norsk Energi has in recent years been involved in many such projects in Bulgaria, the Czech Republic, Latvia, Poland and Romania. Our involvement has involved consultancy work in energy management, enøk analyses and air pollution reduction projects. In particular, many projects have been in Bulgaria, where we have been engaged by a number of industrial companies and municipalities, because we have gradually built up a good reputation as a competent expert partner.